Eni Norge AS, operator of production license 697, has completed the drilling of wildcat well 7122/10-1 S. The well, which was drilled about 10km southwest of Goliat field, is dry.

The well is classified as dry. Samples have been taken and extensive volumes of data have been acquired.

This is the first exploration well in production license 697. The license was awarded in APA2012.

Well 7122/10-1 S was drilled to vertical depth and measured depths of 1,298m and 1,491m below the sea surface, respectively, and the well was terminated in the Kobbe formation in the Middle Triassic.

Water depth is 342m. The well will be permanently plugged and abandoned.

Well 7122/10-1 S was drilled by Scarabeo 8, which has now completed the contract with Eni Norge AS. 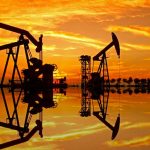