DMHI is a certified international company with locations across Australia, Indonesia and Philippines. It is our company philosophy to embrace and promote a culture where health, safety and environmental management are integral components of every work day. Service quality is front and center in all aspects of our business; we take pride in providing safe, quality services to the energy industry and focusing on the needs of our clients. A thorough understanding of our customers, their processes, and the problems they face is key to our accurate and thoughtful problem solving.

By focusing on surpassing the needs of the customer, DMHI is constantly striving to achieve the best, and as a result we have gained international recognition for our performance. This recognition allows our clients a level of ease in knowing they have chosen a company that ensures success is a global focus. It is our goal to continue on our path of solid growth – while maintaining the highest quality – to become the leading independent provider of pre-commissioning and maintenance services globally.

DMHI was founded by four experts in the industry who shared a common belief that pre-commissioning could be done in a much more efficient way. While working for major international service providers – starting in field positions and progressing through to various management positions – they discovered that while other companies offered a number of pre-commissioning services, there was no company whose true specialization and core business was mechanical pre-commissioning.

DMHI was incorporated in 2007 and began operations in the spring of 2008 with a staff of seven in Queensland, Australia and subsequently to Indonesia and Philippines, Singapore and Malaysia.

The company’s long term vision is to be recognized as a worldwide complete systems and solution provider in pipeline commissioning and hook up commissioning services.

DMHI will assist our global customers all the way from the design stage through product and customer support up to providing global service network. Whatever your project, whenever and wherever you are planning it; we can provide the energy to make it work and service provider to Oil & Gas, petrochemical & power plant construction works.

DMHI is equipped with innovation, capabilities, and resources to meet any demand on-time, with high integrity of health safety and environment which adds together with the quality and within the time frame. 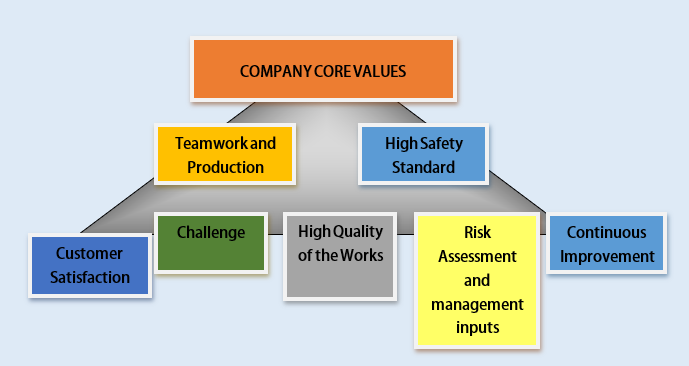